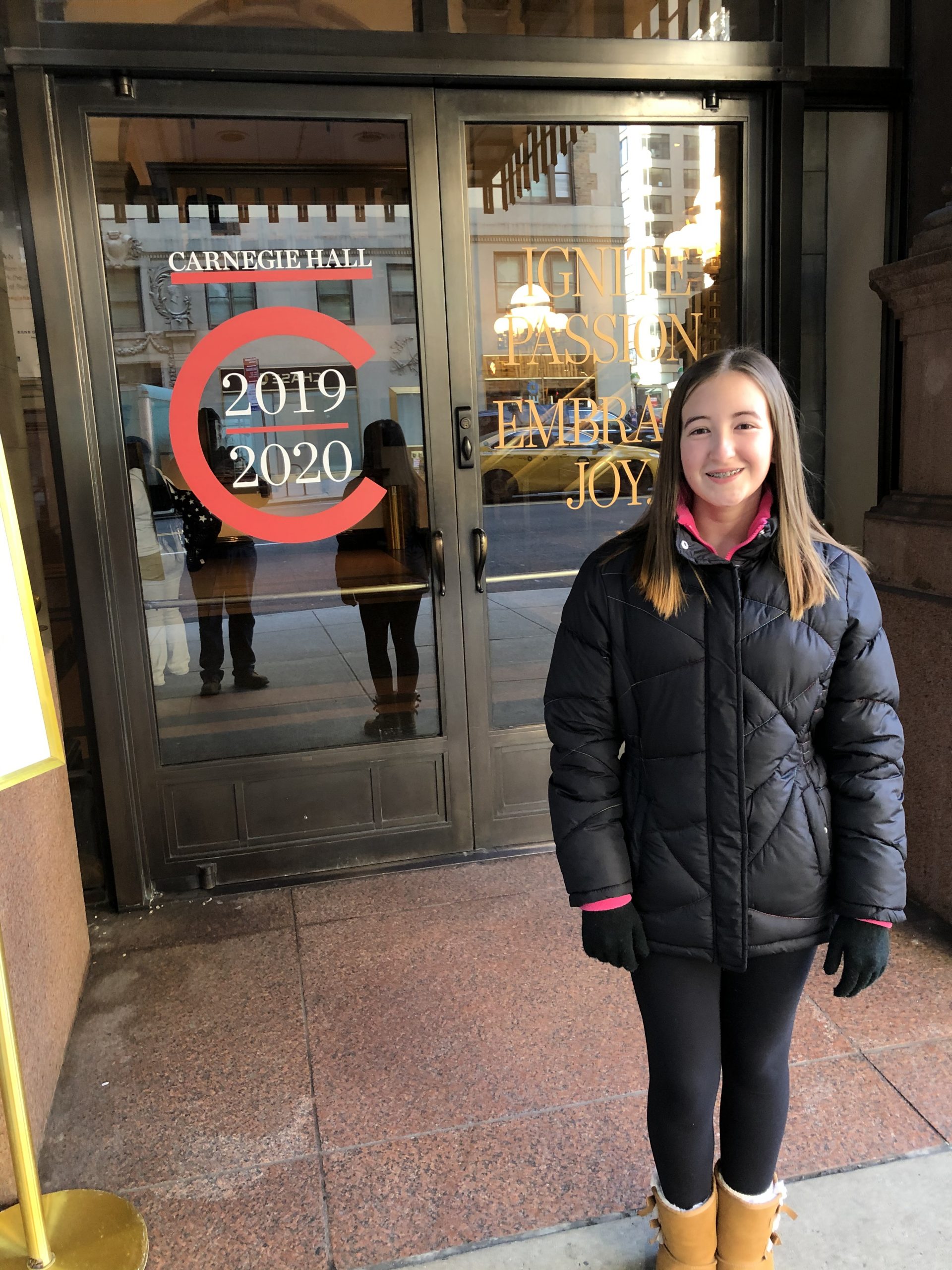 Congratulations to Jayden Ross for being selected to sing with the National Honor Choir at Carnegie Hall! Thousands of students auditioned and she was one of 150 students selected (one of only 20 sopranos). Students from 45 states and 5 countries were chosen to participate.

The choir was directed by Dr. Jeffery Redding, the 2019 GRAMMY Music Educator Award Recipient and the Director of Choral Activities a the University of Central Florida. He has conducted choirs all over the world. Choir members had 17 hours of rehearsal and a two-hour performance at Carnegie Hall in New York City.

During her time off, Jayden went to Ellis Island and the Statue of Liberty (the formal name she learned is ‘Liberty of Enlightenment’), and she attended two Broadway musicals.

We are so happy Jayden had this wonderful opportunity to further her education as a musician and work with such talented artists from around the world!