Voyage is a theatre experience for the young, founded by ArtWorks Academy. We bring innovative theatre productions and workshops to schools across Central Oklahoma. Our theatrical experiences developed specifically for children are done so in a way that ignites their imagination and invites them to share in the wonder that only live theatre can bring.

We love partnering with schools and teachers who see the value of theatre as an important educational component.  ArtWorks Academy has educated thousands of children in the arts since 2007. We are skilled at adapting our performances and workshops to the ages, interests and abilities of the students with which we work.  We believe arts integration helps make content more accessible, while motivating and encouraging students to become active learners.

Our Teaching Artists will explore a book with your students through acting, art, and storytelling. This drama-based process is engaging, educational, and fun! Through audience participation, students use their bodies, voices, and imaginations to step into the world of the story.

After our visit, your school will receive our guide on dramatizing children’s literature, allowing teachers to use the same concepts with their students.

Our Story to Stage program uses storytelling and interactive theatrical play to explore the world of the story through the use of improvisation and movement. Students learn about the five basic components of creating a story: the characters, setting, plot, conflict, and resolution. Our arts-integrated lessons are designed to help students improve their writing skills while having fun!

After students attend Story to Stage, they are encouraged to write their own story and enter it into a contest. We will select our favorite stories and turn each into a short play, which will be presented at ArtWorks Academy in May 2023. Details for the story writing contest, along with resources to help teachers and parents guide the students through the process will be given to each teacher.

Our Acting Adventures program brings the magic of live theatre to your students.  Our Teaching Artists will audition, cast, and rehearse a short play with your students. During the two week rehearsal process, students will learn the importance of using their body, voice, and imagination, while working toward the final performance. Each day, they will rehearse the show, learn acting techniques, play games that emphasize teamwork, and develop their acting skills through improvisational games and acting exercises. On the final day, students will perform the play for family and friends!

Imagination is an essential component of childhood, helping children grow, think, create and play. Voyage productions are created with the child’s imagination in mind.  Our goal is to inspire wonder and curiosity in children.

Voyage productions bring children and youth together to experience a shared event, a story. By doing so, children gain an understanding for characters and subtext within the story.  This helps them better relate to different situations, backgrounds and cultures, allowing them to show compassion for others.

If you plan to bring our Acting Adventures program to your school, you may choose from one of the following three plays for us to produce with your students. 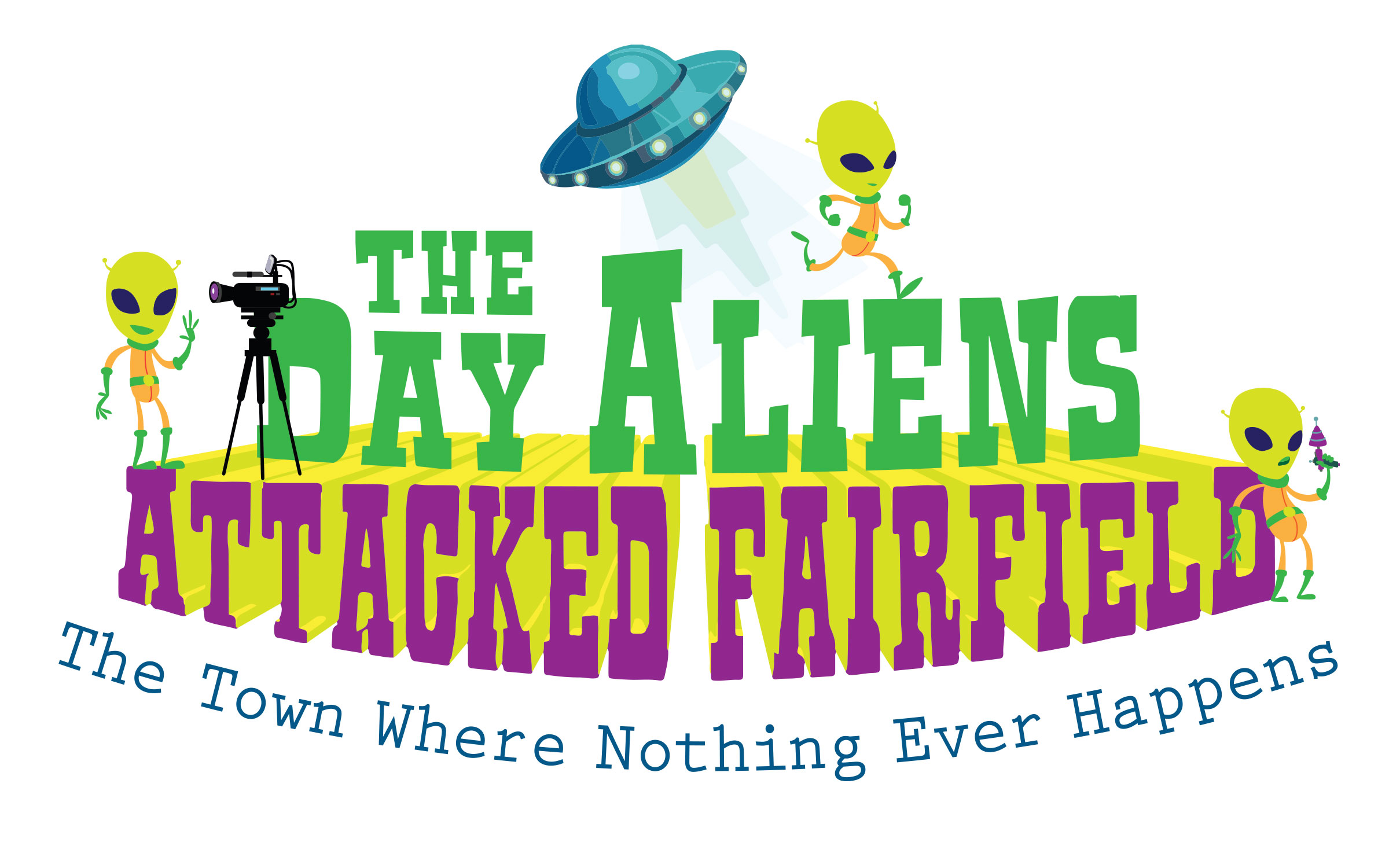 Fairfield’s a place where nothing ever happens, at least not since Billy Myers got that nasty paper cut a decade ago.  And with the exception of a pair of vain newscasters, a few fringe skywatchers, and a kooky grandfather living in a galactically fantastic past, most townsfolk are okay with their humdrum ways.  Like it or not, though, the winds of change are about to descend on Fairfield faster than a delivery from the town’s famous Flying Saucer Pizza.

A couple of teens report an alien sighting, and Fairfield finds itself in a frenzy.  Luckily, the members of SAWPE (that’s the Society of Alien Watchers to Protect Earth) are selling tinfoil hats to help protect everyone.  Even the president comes to this sleepy burg, but not everyone in town agrees with his plan to attack the space-traveling Zordonians.

It’ll be up to a brave little girl and her unwavering grandpa to stop a war of the worlds in this ridiculously silly one-act comedy that’s out of this world. 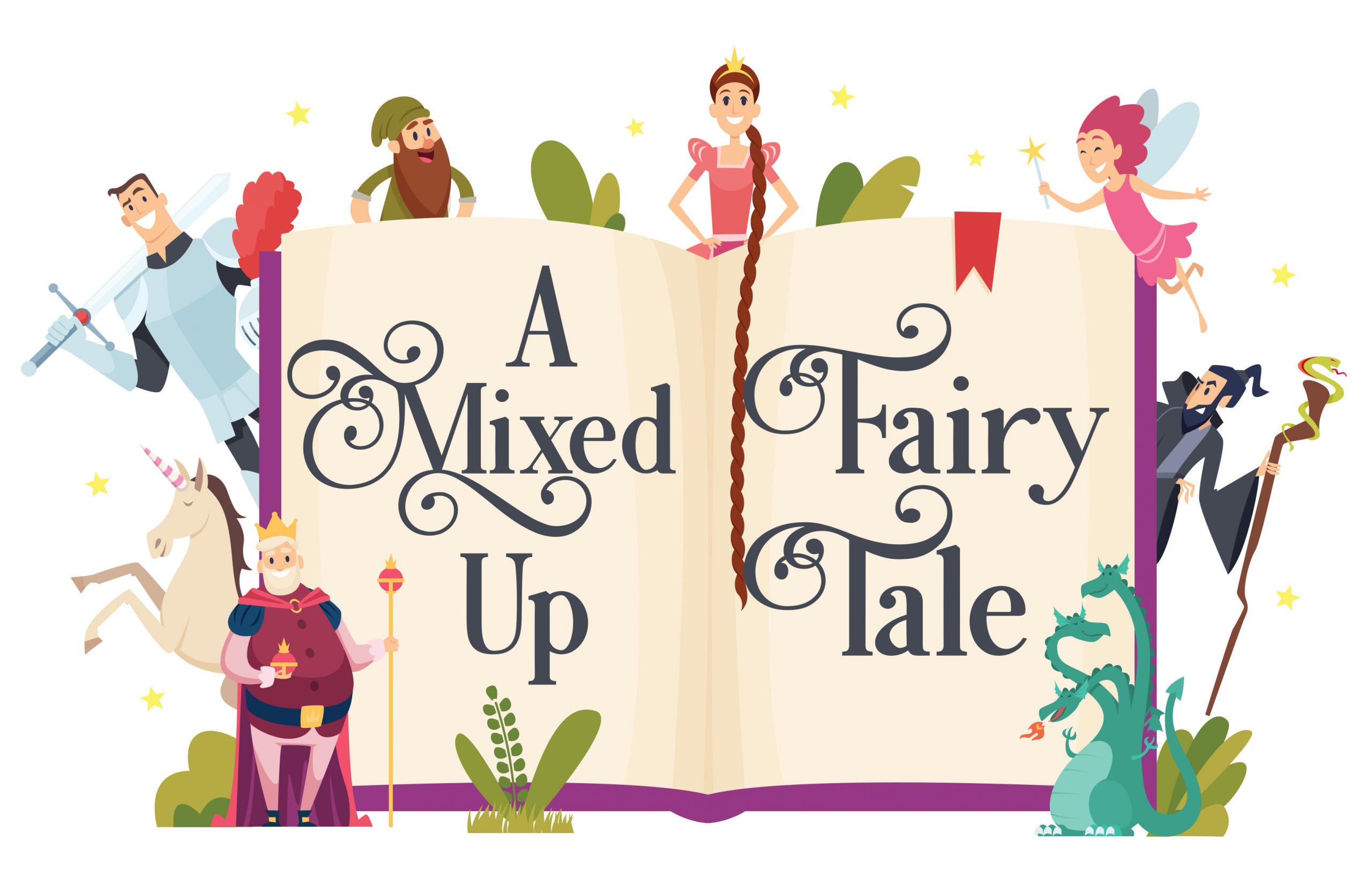 The entire world of fairy tales gets utterly mixed up in this silly one-act that has room in the cast for your entire class!

The Grimm brothers are writing their stories late into the night when suddenly a terrible gust of wind flings open the door and blows the pages everywhere!  Later that night, the stories begin to intermingle in Wilhelm’s dreams.

Cinderella’s desperately trying to get to the royal ball, but somehow she ends up at Rapunzel’s tower.  As her Fairy Godmother mistakenly sends her on to the Seven Dwarves’ cottage and Snow White’s castle, Cinderella meets loads of new friends — dwarves, bears, pigs, and witches! — all of whom are just as lost and out of place as she is!  When they all finally make their way to the ball, Cinderella finally meets her prince, and they all share a giant fairy tale party “happily” thereafter! 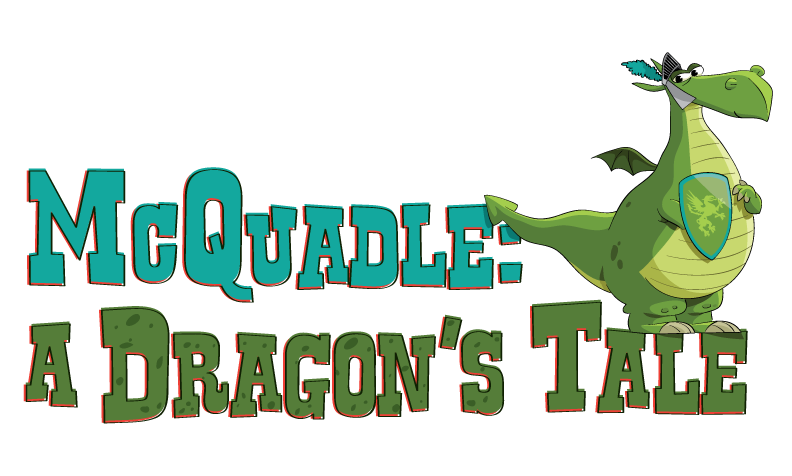 You’ll find tons of silliness packed into this charming comedy that has a little something for everyone and even a nice moral.  McQuadle is a dragon who wants to know his purpose in life, and he will go to almost any length to find it out — even if it means visiting an Evil Queen who lives in a castle on top of the hill.  When he arrives, McQuadle learns that the Queen has lured him there for her own secret purposes, and she doesn’t intend on letting him get back home at all.  But McQuadle promised his mother he’d be home for dinner!  Three storytellers with crazy personalities of their own lead the audience through this fun adventure that includes audience participation, laugh-out-loud silly jokes and sight gags.

ArtWorks Academy of Performing Arts is a proud member of TYA/USA (the leading national organization for the professional field of theatre for children and families) and American Association of Community Theatre (AACT).